Everything you need to know about Bahamas Music 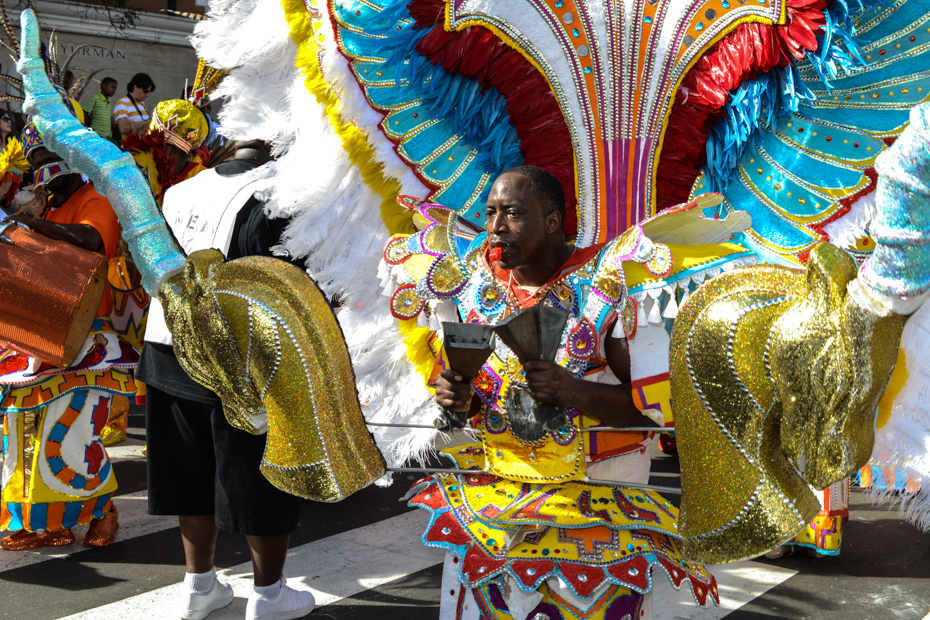 Imagine yourself out on the dance floor popping side-to-side to the hippity traditional Bahamas music that is Bahamian rake and scrape music. Whether it is the nightlife on New Providence Island or in an afternoon bar of the Exumas, you are likely to encounter this bouncy rake and scrape music made by a variety of unlikely Bahamian instruments.

The Bahamas is an archipelago country located in the Atlantic Ocean just southeast of Florida. Made up of over 700 islands, cays, and islets and it is a popular vacation destination worldwide. With its white sand beaches, turquoise colored sea, palm trees, and vibrant marine life, it is not hard to see why this paradise has become so vastly traveled.

However, there are parts of the Bahamas still drastically under-explored. Hundreds of the small islands and cays which make up the Exumas sit virtually untouched year-round. Fortunately, now you can explore these islands and whatever areas of the Bahamas you so crave thanks to new Bahamas day trips by plane. Imagine flying to a new country, spending a day on its beaches, all before ending up back in the comfort of your hotel room in Florida at the end of the day.

Before you go, it would be to your benefit to learn a little about the history and arts of the Bahamas including the traditional Bahamas music known to the world as Bahamian rake and scrape music. Here are a few things to know about the genre.

Bahamian rake and scrape music has been around for ages.

Here’s what you need to know about Bahamas music:

What is the Bahamas Music known as “Rake and Scrape”?

Rake and Scrape is a style of Bahamas music which could be classified as experimental although it is one of the longest developed genres of music in the islands. People consider it experimental because of the openness within the genre to test the limits and constantly innovate the sound. It has become popular in the Bahamas because of its development over time all the way up to modern day rake and scrape.

Rake and scrape music, the traditional Bahamas music, is said to have come to the Bahamian islands with the Africans who were brought on slave ships. They sought to bring their music to the Bahamas in whatever ways possible. Thus, they had to use what Bahamian instruments were available to them. In some cases, they had to make up their own instruments and get creative with sounds as you will hear consistently throughout the genre.

Carpenters saws, pork barrels with goat or sheep skin as drums, even early forms of the accordion — all of these instruments can be heard in the early adaptations of Bahamas music known as Bahamian rake and scrape music.

A saw, often being the most noticeable instrument in a rake and scrape band, is integral to all bands within the genre. Its scapes are used to keep the rhythm together as it slides up and down in pitch.

Radio host Charles Carter is widely known for coining the term ‘Rake and Scrape music”, however, he adamantly denies it. Though, whether he came up with the term or not, his radio broadcasting of the genre in the Seventies brought great awareness to the style and that is not up for debate.

Today, the music is almost identical to the ‘rip saw’ style of music in the Turks and Caicos Islands (a territory just off the Bahamas in the Caribbean). Though Turks and Caicos chose to remain under British control while Bahamians chose independence, their arts and music continued to influence one another to this day.

This can be said for many parts of the Caribbean as contract workers were very common in the first half of the 20th Century which meant travel between islands and the sharing of cultures was ever-prevalent. 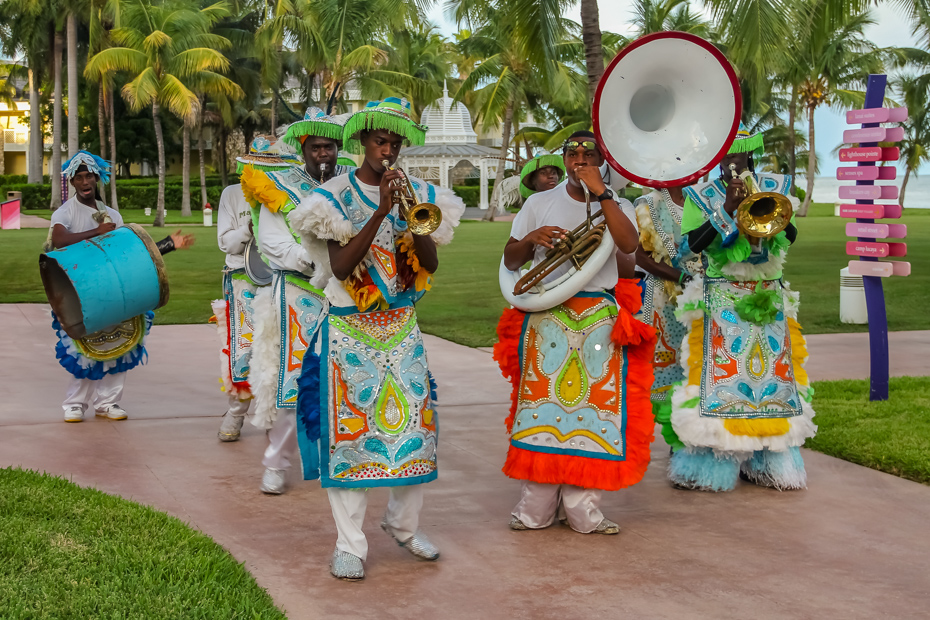 Why rake and scrape music almost never came to be

During the ‘seasoning’ periods which slaves were taught to assimilate with their new cultures and surroundings after arriving via slave ships from the East, many African tribes blended for the first time. Tribal traditions were shared and blended. It was a great learning period for Africans who lost their freedom unexpectedly.

During this time, many drumming gatherings took place as Africans seem to have the rhythm nailed into their hip. This was the early start of Bahamas music as the Africans tried to imitate sounds from home.

These drum circles made plantation owners nervous because the gatherings would get very large. Ultimately, plantation owners banned the drums, but luckily, the foothold was already in the door. The groundwork was laid for traditional Bahamian music. 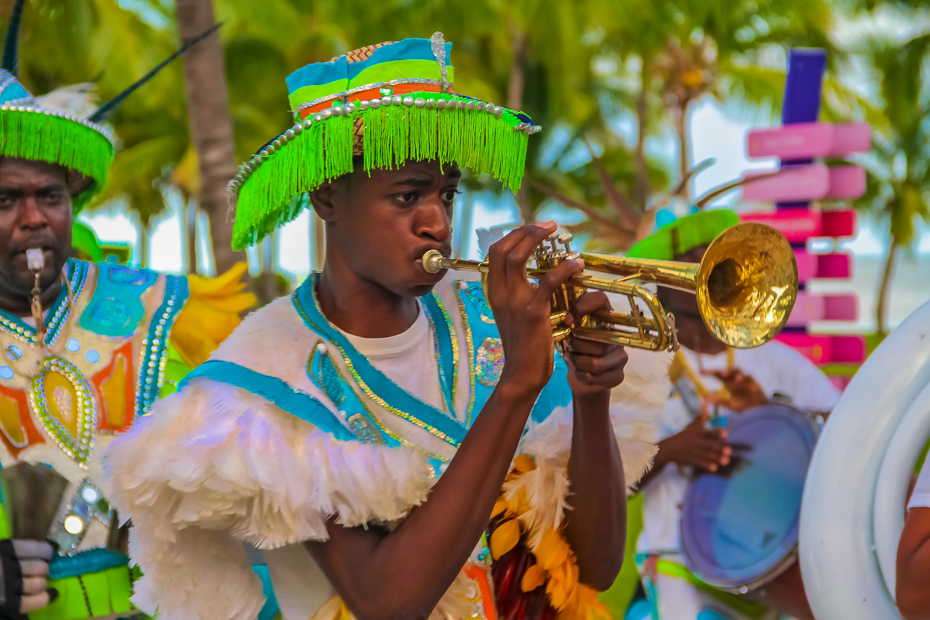 Where can I go to hear Bahamas music?

If you happen to be traveling in the Bahamas in June, make sure to attend the Annual Rake and Scrape Music Festival held on Cat Island (which is where the music is said to have its roots). It is the only festival in the Bahamas which puts an emphasis on the music indigenous to the country.

Hand saws, loose pieces of wood, a tin washtub, the goatskin drum; anything which can be used to create sound is used! Here, you can participate in the action in several jam circles throughout the festival grounds. It is a great place to go to learn the rhythm and culture surrounding rake and scrape tradition.

Where else can you hear Rake and Scrape music regularly?

If you are not fortunate enough to attend the Annual Rake and Scrape Music Festival in Cat Island, do not worry. There are plenty of opportunities to hear traditional Bahamian music all over the islands.

Typically, resorts and larger hotels will host one or two nights of traditional music on the premises. Otherwise, there are bars and clubs which feature the music. Shops play rake and scrape from their portable speakers. Even beach bars will occasionally play a rake and scrape music tune.

The push to preserve Rake and Scrape

Nowadays, Rake and Scrape music only exists in the Bahamas with other variations in surrounding islands. However, locals are putting an emphasis on keeping the genre afloat, surrounded by waves and waves of new musical genres.

It is hard to understand the cultural significance until Bahamas music is all but gone. That is why there is a recent push to preserve this generational music. Today, Bahamian folk music thrives on the islands and doesn’t seem threatened by competing genres in the interests of the new generations. However, tradition can be lost in a flash and it is always better to be vigilant. 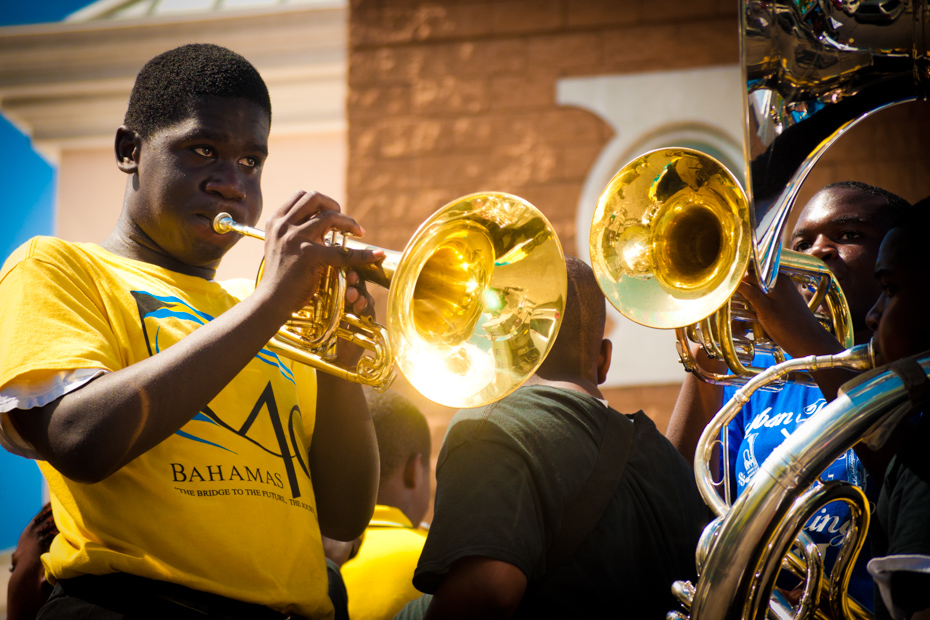 Rake and scrape music of the Bahamas can be heard throughout the islands.

Thinking about a Miami to Bahamas day trip? Experience traditional Bahamian music and the lively Exuma pigs on a Staniel Cay day trips offer from Florida to Bahamas by Bahamas air charter.

Bahamas Air Tours offers the only Swimming pigs tours which get you to the original pigs in the Bahamas on Pig Island (Big Major Cay) in comfort and luxury. Our flights to Bahamas, which offer tours to Pig Beach to go swimming with pigs Bahamas, happen every day from Florida and Nassau.

Select images courtesy of the Bahamas Ministry Of Tourism. 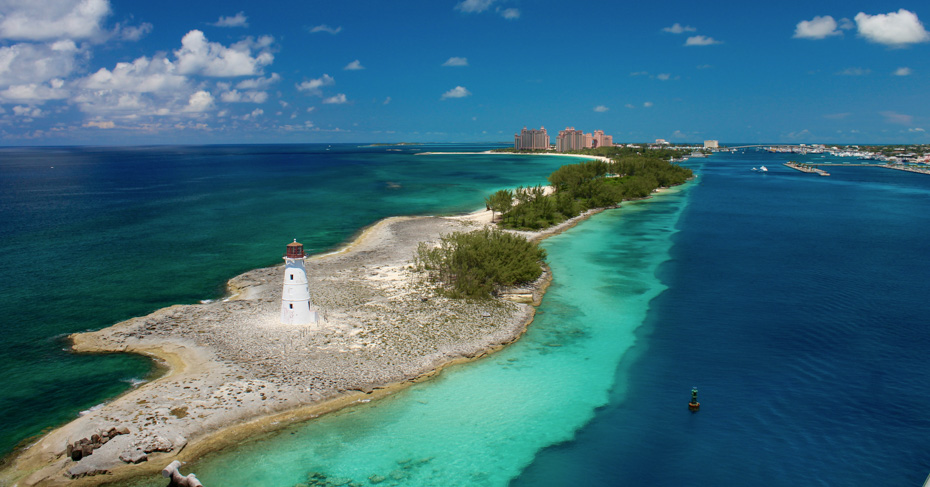 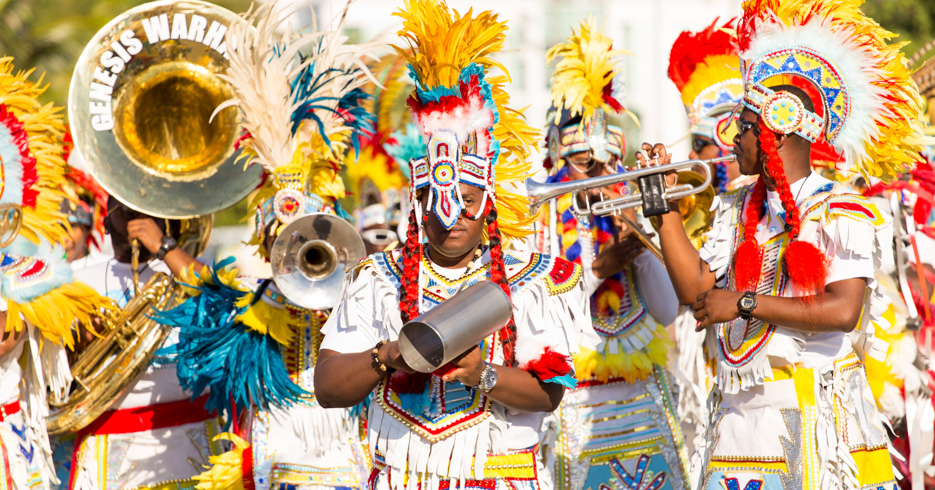 Junkanoo: How to Experience the Bahamas Carnival

Everything you need to know about Bahamas Music