Did Christopher Columbus discover the Bahamas? 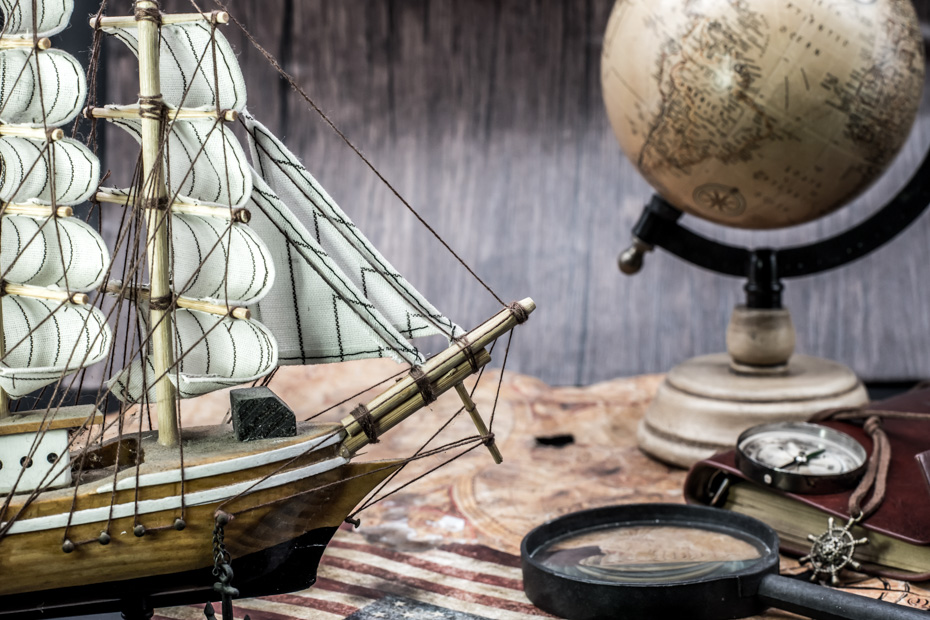 The Bahamas is a country steeped in the fascinating tales of Christopher Columbus history. Though the country’s story began centuries earlier, the arrival of Columbus in the Bahamas on 12th October 1492 marked an important point in history which at the time was known to Europeans as the discovery of the ‘New World’.

One of the most common questions asked about Christopher Columbus history is “when did Christopher Columbus come to America?”. Unfortunately, the answer is not so simple. Columbus was actually in search of a new route to the West Indies. However, though he may have landed on the American continent, he did not make landfall in North America like many believe. Instead, on his voyage in 1492 that was comprised of him and the crew that manned his 3 ships, Columbus made landfall on what we now know as San Salvador Bahamas.

Though it may not have been North America, Columbus certainly left his mark on this archipelago. The name “The Bahamas” actually comes from Columbus’ original name for this country. He named it “Baja Mar” translating from Spanish to mean “shallow water”. If you’re still wondering when did Christopher Columbus come to America, Christopher Columbus first landed in the new world in October 1492. To be precise, Christopher Columbus history reads that he made landfall on the island’s west coast in Long Bay. An area which is now known as Landfall Park. There is a simple white cross set in the sand where Columbus’ first steps were taken. This bay also received its name thanks to Columbus’ arrival. He arrived in a long boat, hence the name Long Bay. San Salvador Columbus is an excellent site for your historical tour of the Bahamas. 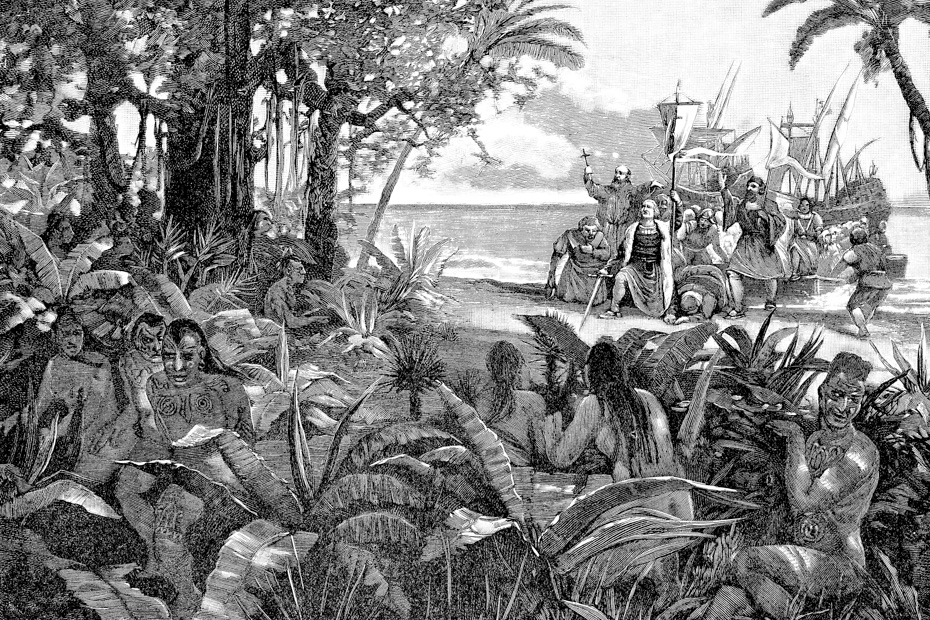 There are a number of other Christopher Columbus history monuments and attractions around Columbus San Salvador. The Chicago Herald Monument is another historically significant site. It is a stone structure built around a beautifully carved limestone sphere. This monument was erected by the American newspaper in commemoration of Columbus’ landfall in 1492. That’s not where the Christopher Columbus history in San Salvador ends though. The Nao Santa Maria Monument is another attraction to visit. It commemorates the Japanese effort to rebuild Columbus’ flagship in acknowledgement of his attempts to promote peace between the eastern and western world.

Though the island lends itself to the Christopher Columbus history tour perfectly, there is a lot more to see here. Once you’ve taken photographs of the Columbus Monument in Long Bay, you can sit back and enjoy the beauty of your surroundings. San Salvador Columbus is a small and relatively untouched island, which means that you’ll be met with pristine lengths of beach, verdant panoramas from various lookouts and a wealth of attractions to visit. 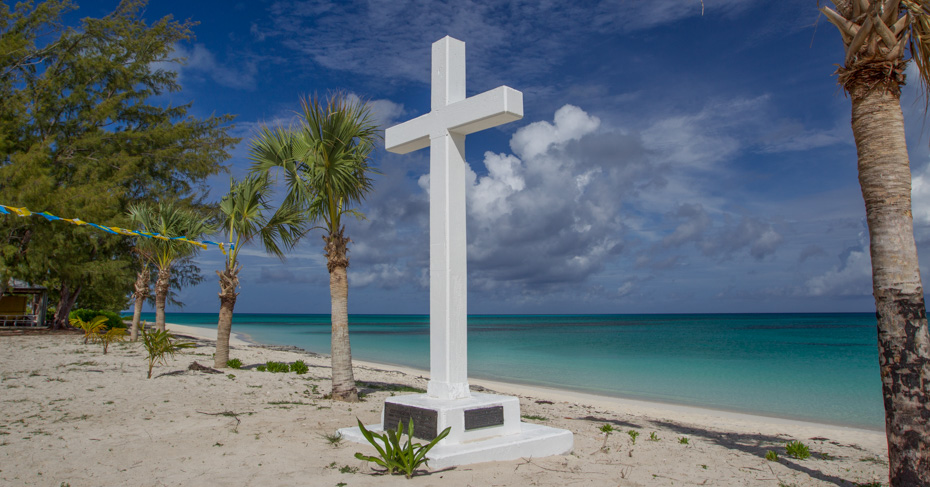 The Landfall Park on San Salvador

If you’re an avid historian though, and you’ve studied Columbus’ accounts of his time in San Salvador, you may be expecting a slightly different landscape. In his journals, Columbus writes of mahogany and lignum vitae trees reaching up to 90 feet in height. Unfortunately, these have all been removed, likely by loyalist settlers who used them for logging in the 18th century. They also attempted to clear the land to make room for the cotton plantations that brought with them the slave trade. As the trees were felled, so too did the flocks of Bahamian parrots leave the island. However, efforts are being made to recreate this forest and the natural habitat with it are being made, which could hopefully mean that parrots return to the island in the future.

Fortunately, the crisp white beaches that Christopher Columbus history speaks of are still very much a part of the island. These stunning stretches of sand are bordered by the magnificent turquoise waves, beneath which a lively and thriving ocean lies. 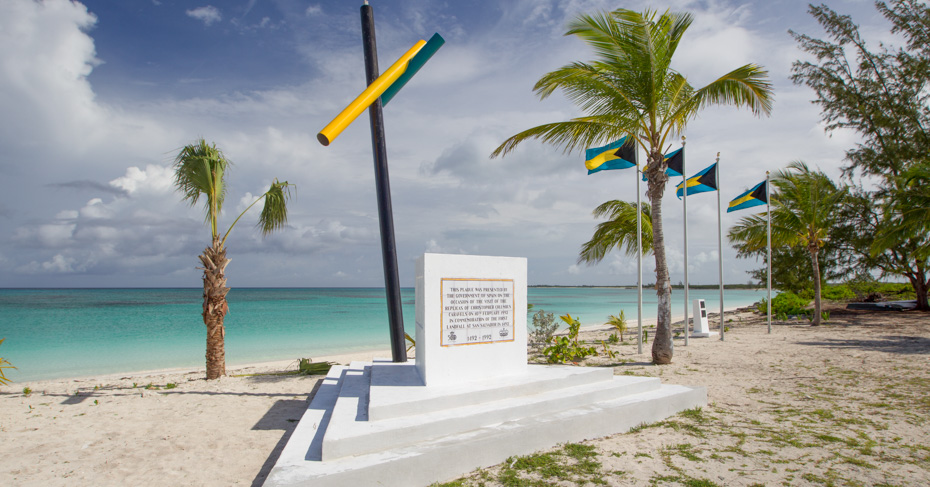 Though San Salvador is the island that is most commonly referred to when discussing Christopher Columbus’ landfall in the Bahamas, Long Island also played an important role in this voyage.

Christopher Columbus history reads that the Spaniards’ expedition to the Bahamas led him to several of the archipelago’s islands. Long Island was his third stop. The island was known to the indigenous tribe of Lucayan people as “Yumi”. Columbus took it upon himself to rename it “Fernandina”. Though the name didn’t stick, there are still parts of this island that have Columbus’ mark on them. Just five days after his arrival in San Salvador, Columbus arrived on Long Island on the 17th October 1492. 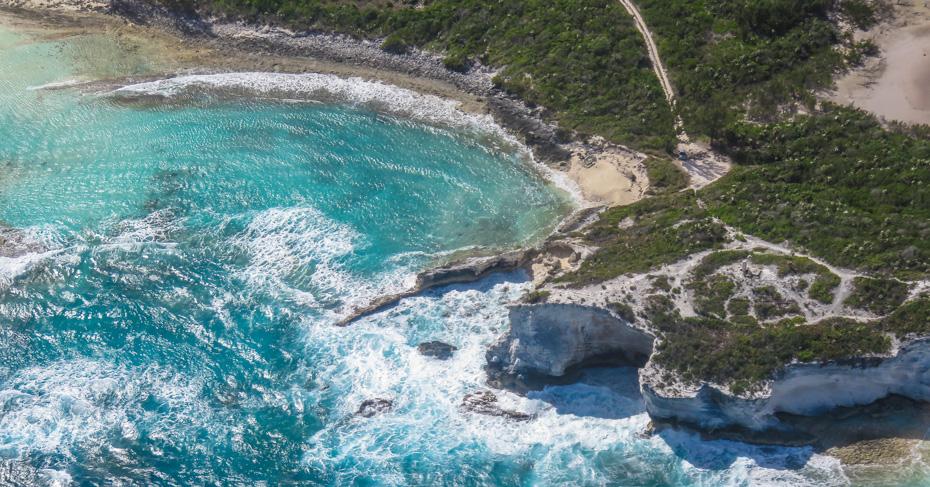 A monument was erected in honor of this event in 1989 and is worth a visit. The monument features a towering stone obelisk with a cross and globe at the top. Not only is it an interesting and historically significant stop, but looking out across the ocean and enjoying the panoramic view of Long Island will make you realize why Columbus named this the most beautiful island in the world. 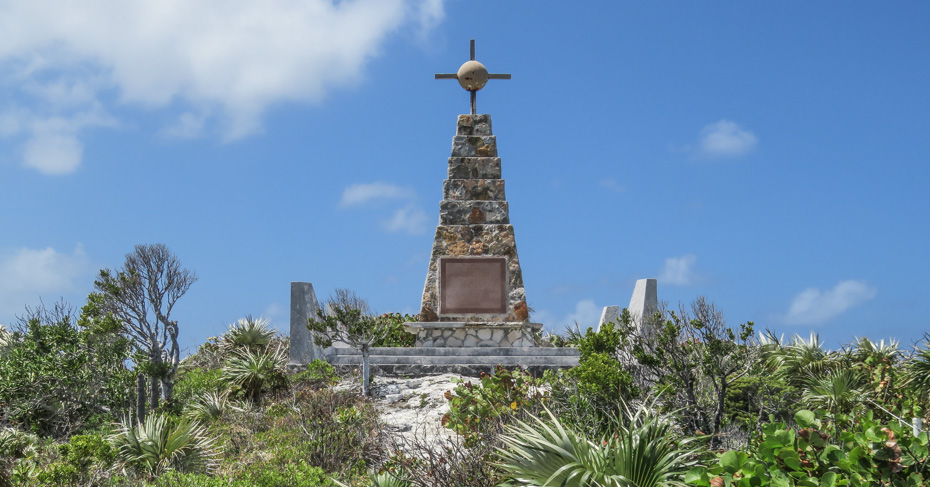 New Providence Island wasn’t a stop on Columbus’ voyage in 1492. However, the capital city of the Bahamas is another excellent place to learn more about this explorer. Not only will you find countless museums and exhibits that retell Christopher Columbus history, but also a truly magnificent statue in his honor. You will find this statue set against the Bahamian pink of the government house on the steps leading up to this great building. The statue overlooks Nassau and commemorates the immense role that Columbus played in the Bahamas of the past. 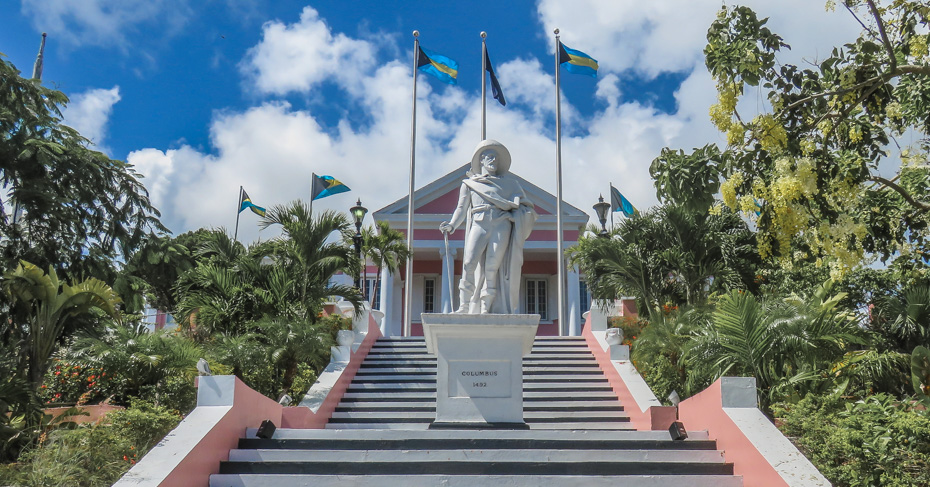 Getting around the Bahamas can prove to be somewhat difficult. This is true even with all the advancements that have been made in the world of travel since 1492. The reason for this is that most boat tours of the Out Islands will use up a lot of your time on traveling from destination to destination. Fortunately, with Bahamas Air Tours, this is a problem of the past.

Booking with Bahamas Air Tours will ensure that you make the most of your Christopher Columbus history tour. You will be transported directly to each of the main monuments across the archipelago. What’s more is you’ll get an aerial view of Long Bay in San Salvador, where you will be able to picture Columbus’ 3 ships anchored as he takes his first steps on Bahamian soil.

Did Christopher Columbus discover the Bahamas?