Staniel Cay is the Jewel in the Crown of the Bahamas Islands; A stunning oasis in the Exumas which is home to a small local island community in the village and gateway to the Exuma archipelago including the famous Swimming Pigs, Sharks and Thunderball Grotto.

Staniel Cay Bahamas is a tourist hot spot in the Exuma Cays region of the archipelago. It is located about 75 miles south of the capital, Nassau. Additionally, it is about 250 miles southeast of the Florida peninsula.

Being only 2 miles squared, the island only has around 100 permanent inhabitants, however, it sees thousands of tourists per year.

Most permanent inhabitants are situated on the western shore where the Staniel Cay Bahamas village is located. The village is made up of mostly residential housing, but also several retail shops, churches, a marine supply store, a post office, and a library. 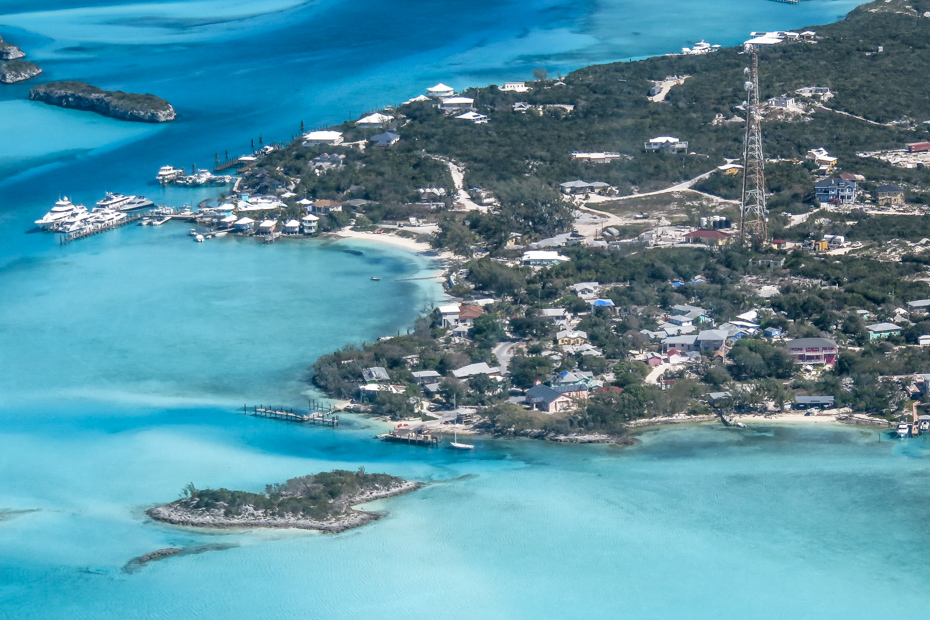 Staniel Cay Village as seen from the Air.

Where is the Staniel Cay Airport

The island of Staniel Cay is situated between Big Major Cay (Pig Island) and Bitter Guana Cay. It is one of the larger islands in the whole Exumas.

The landing strip is located directly centered within the island. It is located just a half of a mile from the popular Staniel Cay Yacht Club and can be reached by car within five minutes. 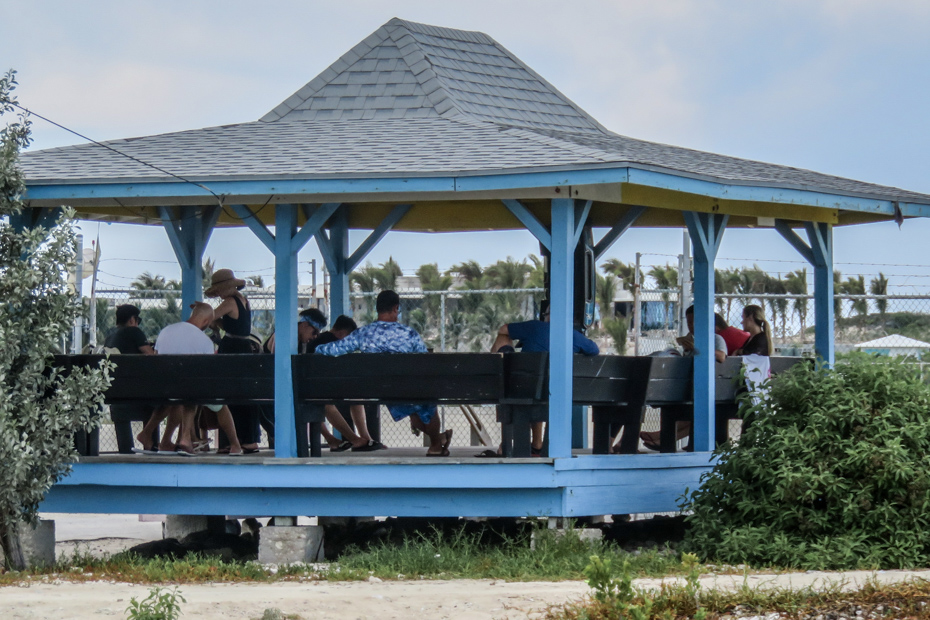 Staniel Cay was established as a part of the region in 1783 with the settlement of the Exuma Cays. However, it wasn’t until 1956 with the introduction of the Staniel Cay Yacht Club which the island became more routinely visited and on the world’s radar. 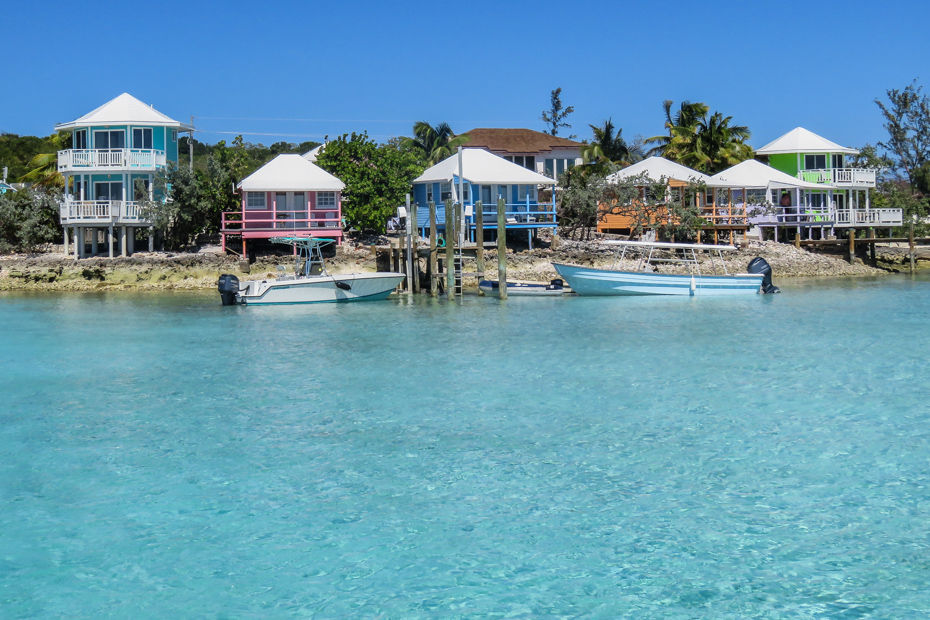 The Multi-colored Bungalows of the Staniel Cay Yacht Club

In addition, with one of the only airport landing strips in the region, Staniel Cay has become a central hub and gateway to the Exumas. Its airport has two hangars and one runway. It receives arrivals from Nassau and Fort Lauderdale, Florida everyday.

What to do on a Staniel Cay Day Tour

There are plenty of things to do on a day tour to Staniel Cay. Some of the best marine life in the Bahamas can be found nearby Staniel Cay. 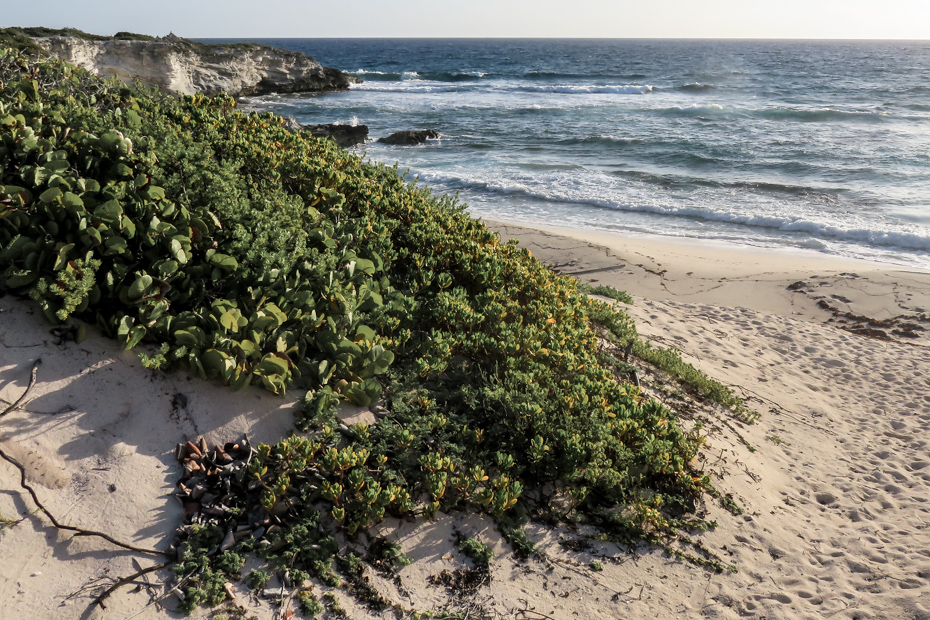 There are a number of recreational activities you can access from Staniel Cay Village such as boating rentals, eco-tours, fishing, kayaking, picnicking, snorkeling, swimming, or stand-up paddle boarding.

There are five main beaches on Staniel Cay: Town Beach, Pirate Trap Beach, Ho Tai Cay Beach, South Beach, and Ocean Beach. You can access each of them by foot from the airport within twenty minutes walking. Although Ocean Beach is not suitable for swimming, the rest are and all are certainly worth a visit.

There are no ATMs available on Staniel Cay. Bring whatever cash you need with you during your stay. United States Dollars (USD) are widely accepted among the village and credit cards are accepted at Staniel Cay Yacht Club with a 5% processing fee added.

To get around, if you are staying at Staniel Cay Yacht Club, a bicycle is provided with the accommodation. However, if those aren’t your speed, you can also get around the island by way of a golf cart. However, the entire island is all walkable which is highly recommended at least once.
Points of Interest on Staniel Cay. 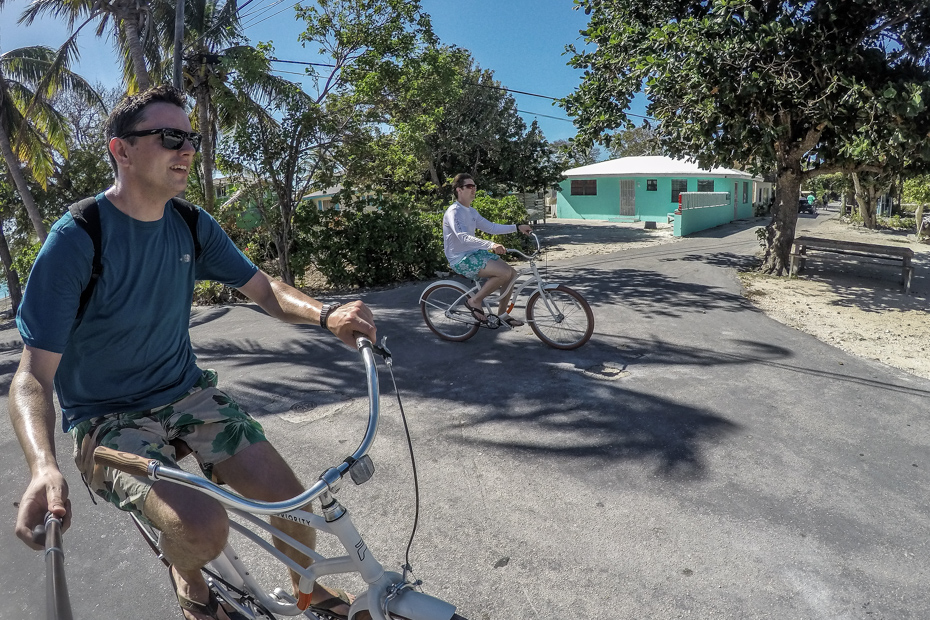 Staniel Cay Cemetery; a funeral is a big occasion on Staniel Cay. The cemetery is quite a focal point to the island from a local’s perspective. Often, the burial ceremony is very family-involved. As wives prepare the food and homes for family and friends coming from other parts of the country, men are busy preparing the burial site. The deceased is sent to Nassau for one to two weeks of preparation before returning to Staniel Cay for the very solemn ceremony.

Staniel Cay Collector’s Items; one of the islands trickiest conflicts is the discarding of ‘junk’. However, as the saying goes, one man’s trash is another’s treasure. Because of this, you will find old parts and pieces and whole sets of machinery such as airplane propellers, tractor engines, and entire vintage vehicles which no longer operate scattered about the island and hidden in fields. 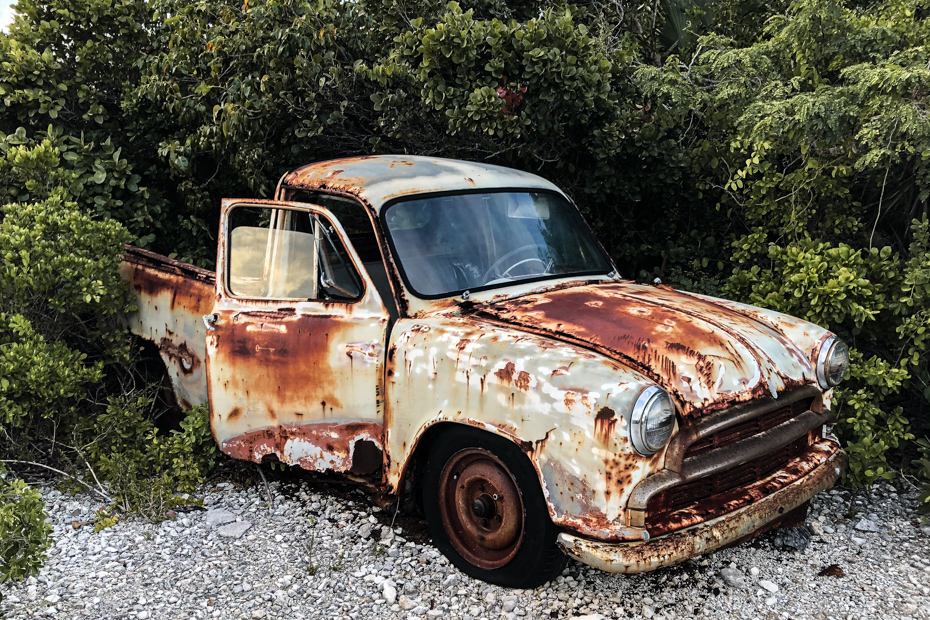 An old abandoned truck alongside a road on Staniel Cay

The Wells; being an island, drinkable water is always a concern. In the early 1900’s a few deep groundwater wells were dug and used for decades. Some still stand, some are covered by brush, and others were destroyed when technological advances allowed for Reverse Osmosis purifying of sea water.

How to get to Staniel Cay Bahamas 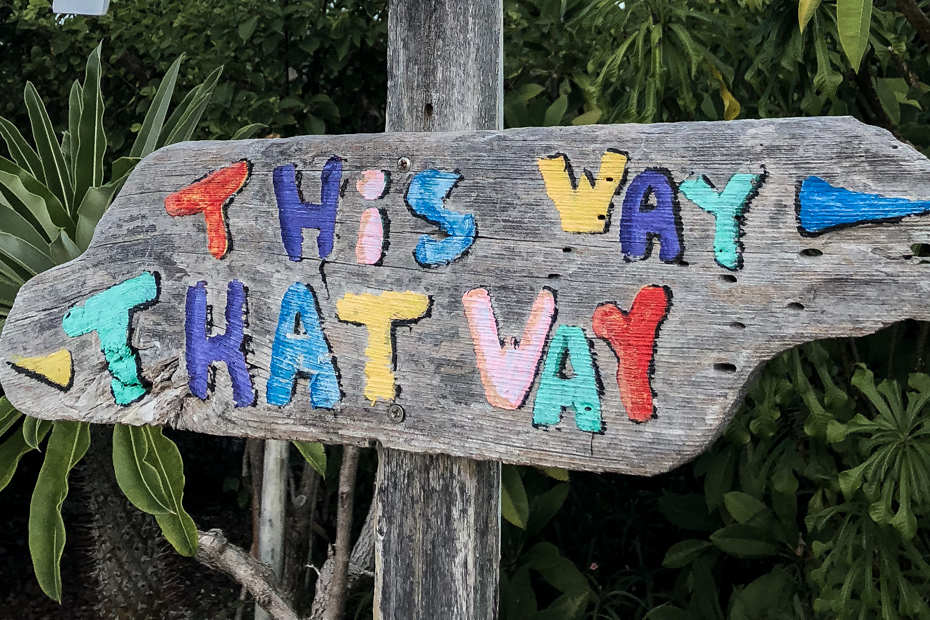 You can visit Staniel Cay Bahamas and fly into the airport via Bahamas Air Tours once-in-a-lifetime air tour to the Exuma Cays.

The trip from Nassau takes just thirty minutes by air and you arrive in style with your private party. See the Exumas from the largest viewing windows aboard any aircraft in the world.

Astronauts have said the most beautiful view from space is of the Exumas and there is only one way to find out. 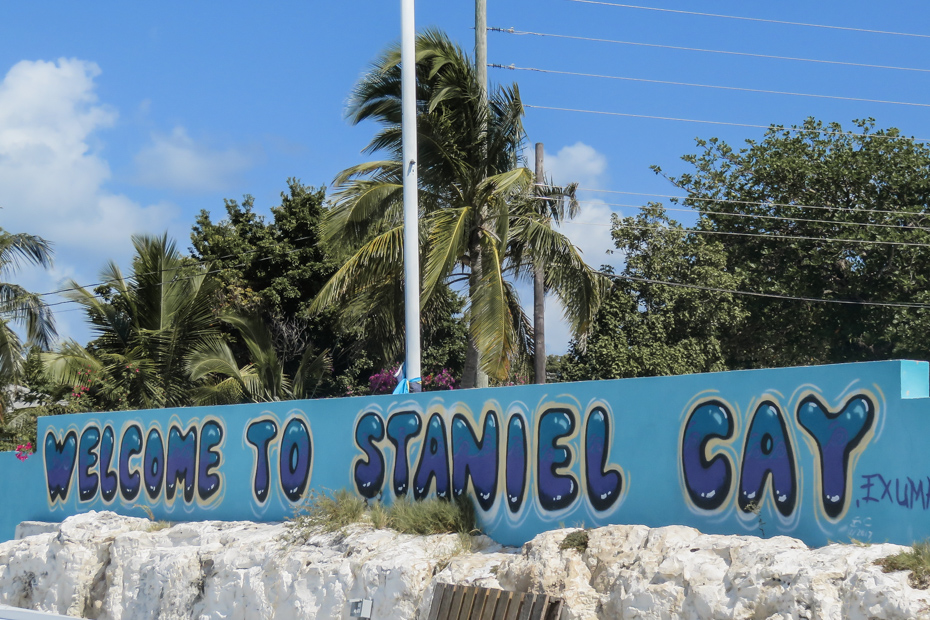 Welcome to Staniel Cay painted on the main Dock

What is nearby Staniel Cay ? 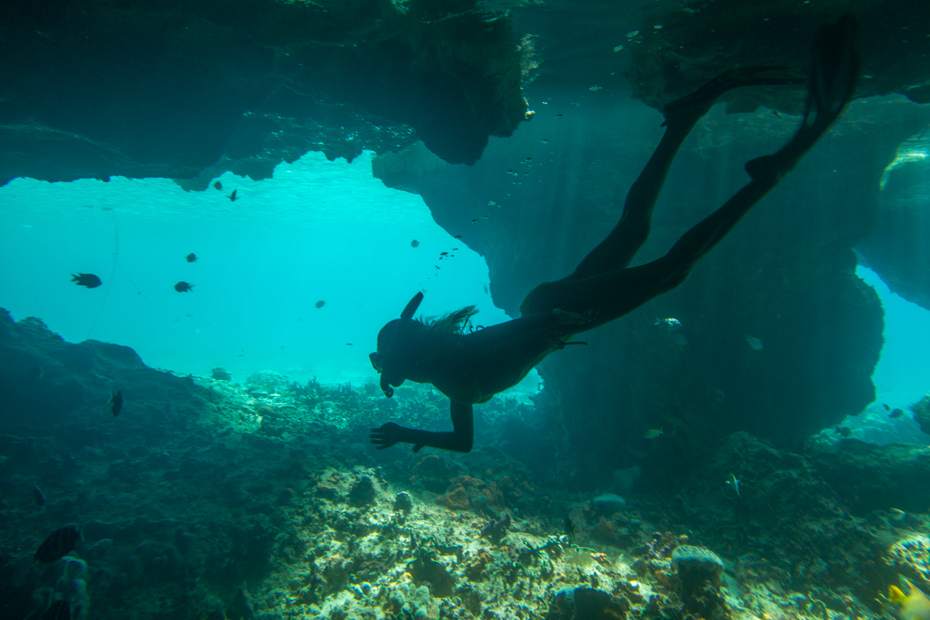 Exploring the many underwater passages into Thunderball Grotto Cave